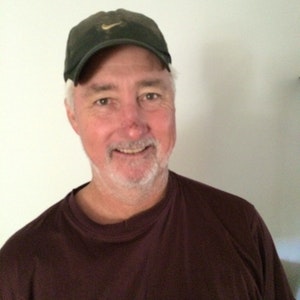 Hi, my name is Tony. I began playing tennis at age 15 and climbed to 23rd in Southern California in the 18's and then 4th nationally in 1979 in what was then the USTA Amateur/21 & under division. I played NCAA Division 1 tennis for BYU and won the WAC conference tournament two years in a row as well as the National Intercollegiate Indoors at Reno, NV defeating Larry Stefanki (then No. 1 nationally) in the semifinals. After my sophomore year, I transferred to UCLA and finished my collegiate career under Coach Glenn Bassett. While at UCLA, I was invited to be a member of the US Junior Davis Cup Team. In 1982 through 1984 I played on the ATP tour in Satellites, Challengers and regular ATP events acquiring ATP points and a world ranking at 576. I had wins over Jimmy Arias in singles and Seguso and Flach in doubles. After this, I stayed active as an open player but also began coaching and teaching. At first I coached fellow men and women pros including top ten ranked Roz Fairbanks (WTA #7) and many juniors and college players in the San Diego area. I also spent a year at the NJTP (National Junior Tennis Program) in Chicago, IL where I was a resident coach for many of the nationally ranked juniors participating in that program. Although I have extensive experience playing and coaching at the highest level of tennis, over the years I have been the head pro at several clubs, teaching hundreds of adults and juniors of every skill level and aspiration. My students have ranged from beginners to 'club' level adults and juniors whom I have helped improve and achieve their goals. I can help students whether they're playing on a USTA team, trying to make the high school team, or are just interested in acquiring enough skill to have fun playing tennis as a life sport.

First, I always find out what my student wants from the lesson(s); then I assess where their current level is. My lessons are very active. I am usually playing, hitting and practicing with my student as soon as they are able according to their ability level. The method that I have developed encourages learning and the development of skill by the student rather than a "cookie cutter" set of instructions. Each student is different and requires an individual approach. I emphasize efficient mechanics and fundamentals within the style, ability and goals which the student presents to me. The lessons are structured so that the student grows in awareness of their own actions, begins to know what they are trying to learn and starts to choose the most efficient ways to do it. Rhythm, timing and balance applied to body mechanics, footwork and stroke production are the core of what everyone needs to learn. Many years of experience have rendered me always able to communicate this in a form that each student can understand and use.

Tony is great. I feel like I have made progress in several areas. I will continue to take lessons with tony.