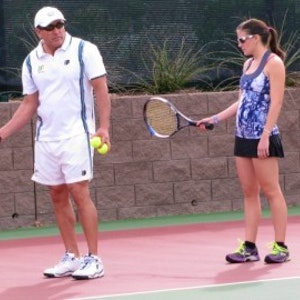 Hi, my name is Robert. I am a former top Junior player. I was a five time district champ and three time state champ. A top national player. Head pro at several country clubs. I was born in Silver City, NM and live and Henderson, NV. I have coached 1000's of juniors and adults of all levels. I look forward to taking your game to the next level.

I have been the hitting partner for several touring pros. I am big on preparation and hitting heavy topspin. My lessons run an hour and we will work on every part of the game. I am big on conditioning. 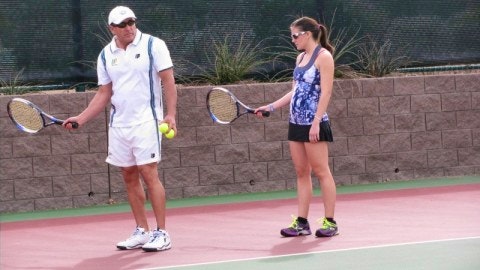 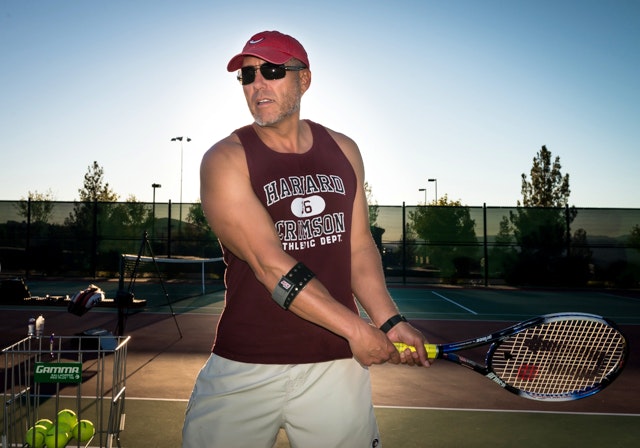 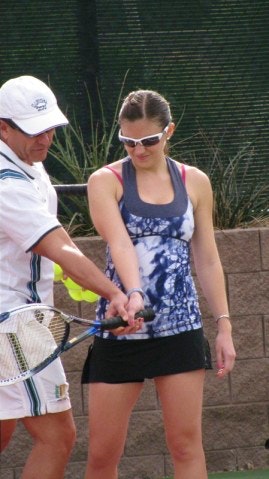 Please inform tennis instructor Robert B that following his lesson with my Grandson Pablo Dale about 2 weeks ago that Pablo participated in the MidWest USTA tournament. He did really well and surprising to Pablo, he and his fellow team mate beat the #2 ranking Blue chip 12 year old in doubles. Pablo also did well in singles! Pablo is off to another tournament in North Carolina this week-end.

Thanks to Robert - I know that each lesson helps these kids so Pablo's Dad and I thank Robert for stepping in to give Pablo a good "boost" before a big match!!!

Robert has a great coaching philosophy that makes even the youngest, inexperienced players feel confident about their play with his friendly personality and acute attention to getting maximum results. We are pleased to recommend him as an instructor. After several months with no prior experience, my son is now ready to play competitively.

Robert is an excellent instructor and a great teacher of the game. He is great for beginners like myself as he has a lot of patience and gives positive feedback. He makes tennis a fun experience and he knows the game really well. He figured out "how I learn" and utilizes that in his instruction. I've had at least 6 lessons with him and I have seen huge improvements. Each lesson we focus on different elements and then a few lessons in he put them all together. I will definitely continue with Robert.

Robert is an excellent tennis teacher in every conceivable way. I could write a long review but there is no need. He knows tennis and he loves tennis. He learns how to teach YOU. He breaks down every element, then he teaches it to you, and you learn it. Then he puts the pieces together and you are playing tennis. I'm in my early 50s and had never played tennis before. Within 6 lessons, I was playing tennis! I'm continuing with Robert so I can move forward and improve my game. With every lesson, there are significant improvements.

Learning new techniques and skills is always tough. Such as putting more spin on the ball. We went through some great exercises that will improve my game. I look forward to our next session.

Excellent, diligent coach. Exactly what I was looking for.

I am having an amazing experience with Robert. His style is easy, his approach is planful and he is sincere in his critique. I really look forward to our lessons.

I had a week with Robert and he was brilliant.
My game improved enormously and he was an inspirational teacher.
Patient, knowledgeable, experienced and focused on each days instruction.
Really excellent. The best coach I've ever had.

Yes, I can travel up to 40 miles to a tennis court in your area.