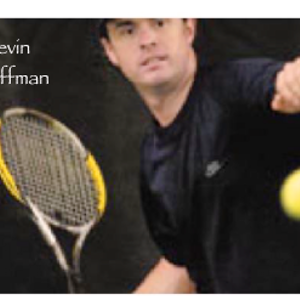 Hello, my name is Kevin Kauffman. I love tennis. From first seeing tennis in 1987 on tv and watching Evert, Edberg, I thought, "I want to play tennis."

I did. Without many lessons in my high school years, I won district doubles. Then, as I could afford tennis lessons on my own, I went and found some great coaching. The coaching and hard work allowed me to win over thirty tournaments from 3.5 to the Open level playing in Oregon, Florida, Washington, California. I succeeded in singles and mixed doubles the most, including the 5.0/Open Men's Singles in San Diego and the 2007 San Diego Metro Championships in Mixed Doubles at 5.0/5.5 playing with Mimi Loucks (teaching pro in San Diego who was #1 in singles and doubles in college tennis). I played on the 1996 USTA 4. 5 Men's Tennis Team at RVSTC that reached Nationals in Florida. In Florida, I won all my matches in singles in straight sets and was bumped up to 5.0 by USTA judges. Yes, I have played and won men's doubles tournaments too!

While playing tennis in S. CA I taught tennis at multiple clubs.

I can teach tennis, strokes, footwork, strategy for singles, doubles, and mixed. It has to be a mutual right fit for both the student(s) and myself.

I have taught tennis to beginners up to advanced club players.

The structure first begins with finding out what you, as the customer, want to get out of tennis. Your feedback is crucial! I tend to incorporate your feedback and ideas into the lessons too. 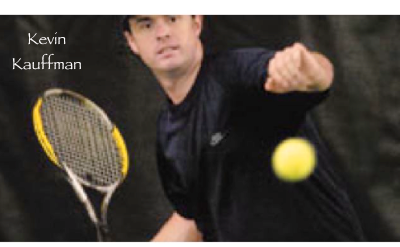 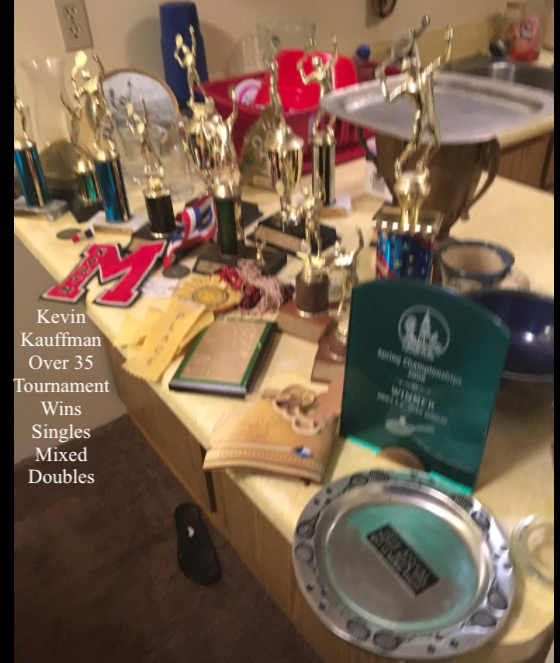 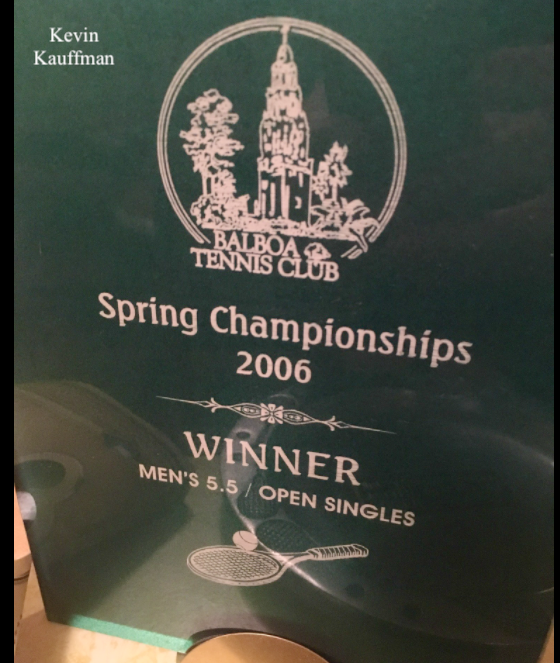 Kevin has been a great tennis instructor for me. I’m a 3.0 player and wanted to take lessons to get up to a 3.5. From the beginning of our lessons, Kevin has regularly asked me what skills and techniques I want to work on before our lessons and he comes prepared with a plan. He’s very thorough with his feedback about my challenges and progress and emails me this feedback after every lesson. He’s also very encouraging, highlighting the strengths in my game and giving me strategies with what shots to focus on in my next league match. Kevin is a good listener and easy to talk to. He also clearly has the skills himself that he teaches. I can see how I’ve improved in the accuracy of my shots, taking more risks and increased confidence volleying since I began my lessons with Kevin. I highly recommend Kevin whether you’re a beginner or at an advanced level in your playing.