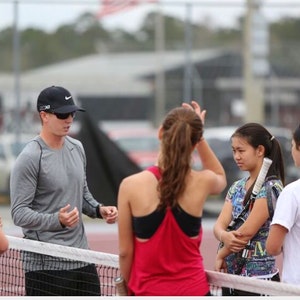 Owen Long was born and raised in Tallahassee, Florida. He is the son of local tennis professional Allen Long. Owen traveled the country as an elite level junior, acheiving rankings as high as top five in the state of Florida in doubles and top twenty in the state of Florida in singles. After completing his junior career, Owen then went on to play for Florida State Universtiy where he competed for the Seminoles as well as obtained a undergraduate degree in Sport Management. After completing his career at Florida State University, Owen took a position as a student assistant with the Women's team at Florida State where he would work his way into a interim assistant coach. Owen was an important asset to the development of the players at Florida State and is consdiered an extremely high profile coach and well sought after by Head Coaches in Division 1 College Tennis. While working with the women's team, Owen also earned his Master's degree in Sport Management.

Has been coached by Nick Saviano, John Roddick, and Stan Smith.

Worked with Rodney Marshall (Strength and Conditioning Specialist with USTA)