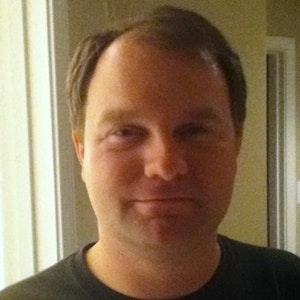 I started playing tennis at age 7 and achieved a ranking in the Middle States Tennis Association (MSTA) when I was 11 in the 12-and-under-division. I was fortunate to spend three years on The Haverford School varsity tennis team which won 84 consecutive matches between 1984 and 1990. Then I played at Loyola College (now University) in Maryland in my freshman and sophomore years. I started coaching high school teams in 2000 at Upper Merion High School in King of Prussia and earned my USPTR Certification. I enjoy covering tennis locally and was fortunate enough to win the Philadelphia Area Tennis District Award in both 2004 and 2008. My initial teaching job was the Healthplex Sports Club in Springfield, PA, and I now teach at the Y of the Upper Main Line in Berwyn, Pa. (I have also subbed at Penn Oaks Racquet Club, Aronimink Country Club, Tots to Teens Tennis, HyIntensity 10s, and Granite Run Tennis in Southeastern Pennsylvania). I recently I earned my USPTA Certification. I especially like teaching kids between the ages of 7 to 18 and adult beginners and intermediate players. I grew up in Radnor, PA, and now reside in Pottstown, PA.

I emphasize understanding grips and footwork and believe that students should be hitting for 55 minutes of a 60 minute lesson. When young and still growing I like to see a closed-stance approach to hitting which can become an open-stance as one matures. I like to develop a pronation-based serve early even though it is a major struggling point for some. I enjoy teaching doubles strategy and tactics a lot.

Jeff worked with three young men with various skill levels intensely over a week and brought each new challenges to improve and brought his love of tennis.

Jeff is pleasant, patient and encouraging. He allows me to concentrate on specific areas of the game that I most want to improve. I have had just four lessons with him so far and I truly see specific improvements right where I was hoping. Exactly what I wanted.

I am very pleased with Jeff’s coaching.

5 star instructor! I am very happy with the instruction my daughter received! Jeffrey's patient and fundamentals-centric approach was well mixed with confidence building back-and-forth volley play. I highly recommend Jeffrey!

Yes, I can travel up to 30 miles to a tennis court in your area.