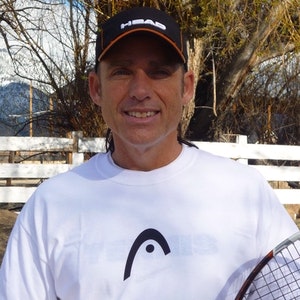 "It's never too late to change." Though I've had a lifelong love of playing and watching the game, making tennis a career wasn't in the cards until later in life. I started out playing four to five times a week, joining USTA leagues, and taking private lessons from an ex- top college player and a tour pro. I worked hard and climbed to a 4.5+. I bronze medaled two consecutive years in Las Vegas' Corporate Challenge tennis competition. I also entered as many tournaments as possible, my highest achievement being second place in Open Division doubles at the Red Rock Open in Las Vegas. I also made it a practice to contribute and be active in the tennis charity events hosted by Spanish Trails Tennis Club on behalf of the American Cancer Society. In Las Vegas, I began teaching private lessons and clinics, a practice I continued after moving to Northern Nevada in August 2012. I was a hitting partner to juniors, college players both in Northern and Southern Nevada. Last tennis season, I assisted the Douglas High School boys tennis team, and was an active coach for the girls no. 1 player. My passion is to bring enthusiasm for tennis to the Carson Valley/Carson City/South Reno area, where public facilities could use improvements and where hopefully, people can be shown that Northern Nevada isn't just about winter sports.

Many tennis coaches were once college players. In my experience, college players turned-coach certainly have a love of the game, but can get complacent in their teaching styles, sometimes becoming only ball feeders who expect that their students will learn just by repetition. I did not go to college -- I joined the military. As an ex-Marine, my skill set is entirely unique. I play against my students, challenging their footwork. I incorporate tennis fitness drills to increase overall strength and stamina. I go into every lesson with a plan of attack aimed at working on a client's problem areas. 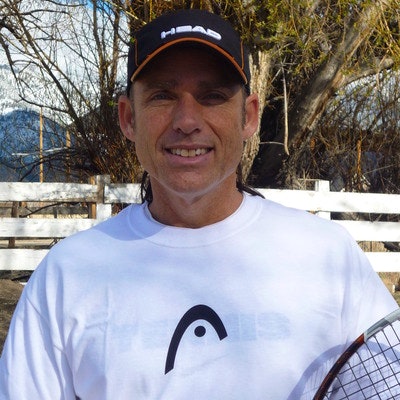 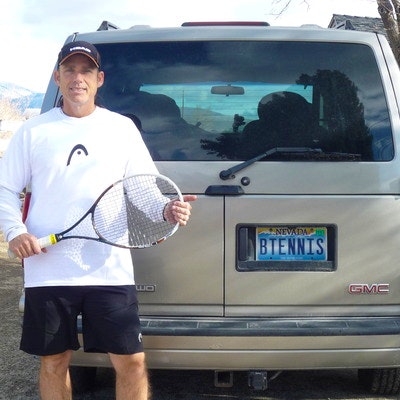 Yes, I can travel up to 2 miles to a tennis court in your area.