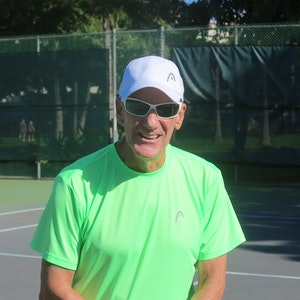 Grew up with four brothers playing football, basketball, baseball, and boxing. Was taught tennis at age thirteen by my father. who was state champion and also a golden gloves boxer. After a few months of playing I left all other land games behind. I became obsessed with the game and everything that surrounds it. By my second year in high school was third in my conference in Southern California. Played Semi Pro a couple years after high school and was teaching tennis part time as well. Took a break at this time to do more surfing eventually.traveling to Hawaii to ride the big waves . Became a school teacher and pursued surfing and other water sports. Soon I began to miss the tennis and started to play open events again. Shortly thereafter was asked to teach at my local club and hence began my full time career as a USPTA Pro. Have been a USTA Junior Area Training Coach and was on the Tennis Advisory Council here in Hawaii. Was the Mens and Womens Head Coach at Chaminade University and a member of the ITA .

I have an extreme amount of patience. Enjoy teaching all ages from 3 to 83 and look forward to the different challenges they bring. Use a wide range of communication skills to help student understand objectives. Beginning and recreational students the emphasis is on fun while improving. High development players can expect to be pushed hard to improve in all aspects of their game while focusing on their strengths and weaknesses. Lessons are set up in a progressive nature. A short introduction to personalize myself with student. On court warm up to assess students abilities and level of play. Lesson is then set up to address any concerns of student and to focus on improving weaknesses. while emphasizing their strengths. 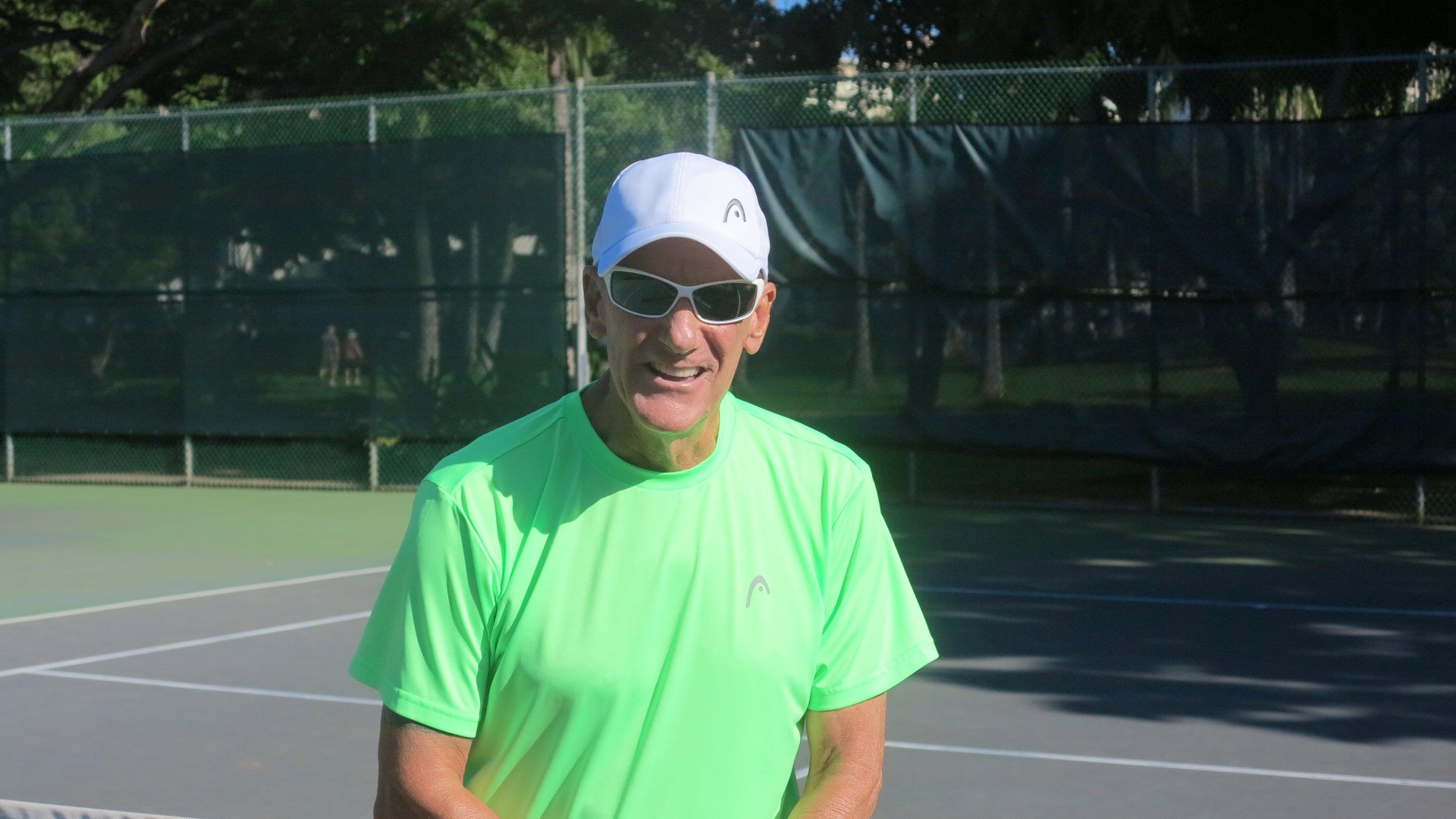 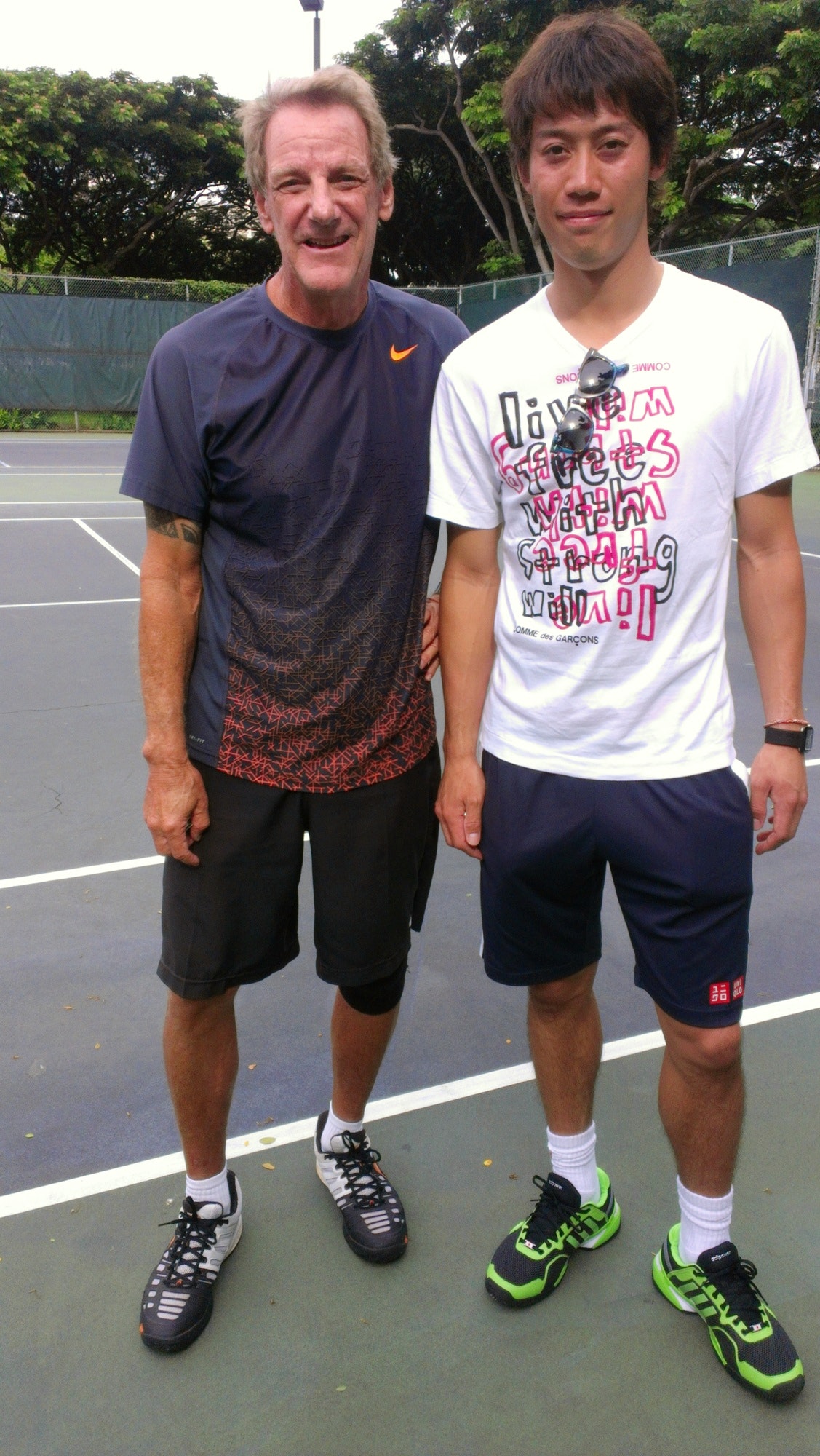 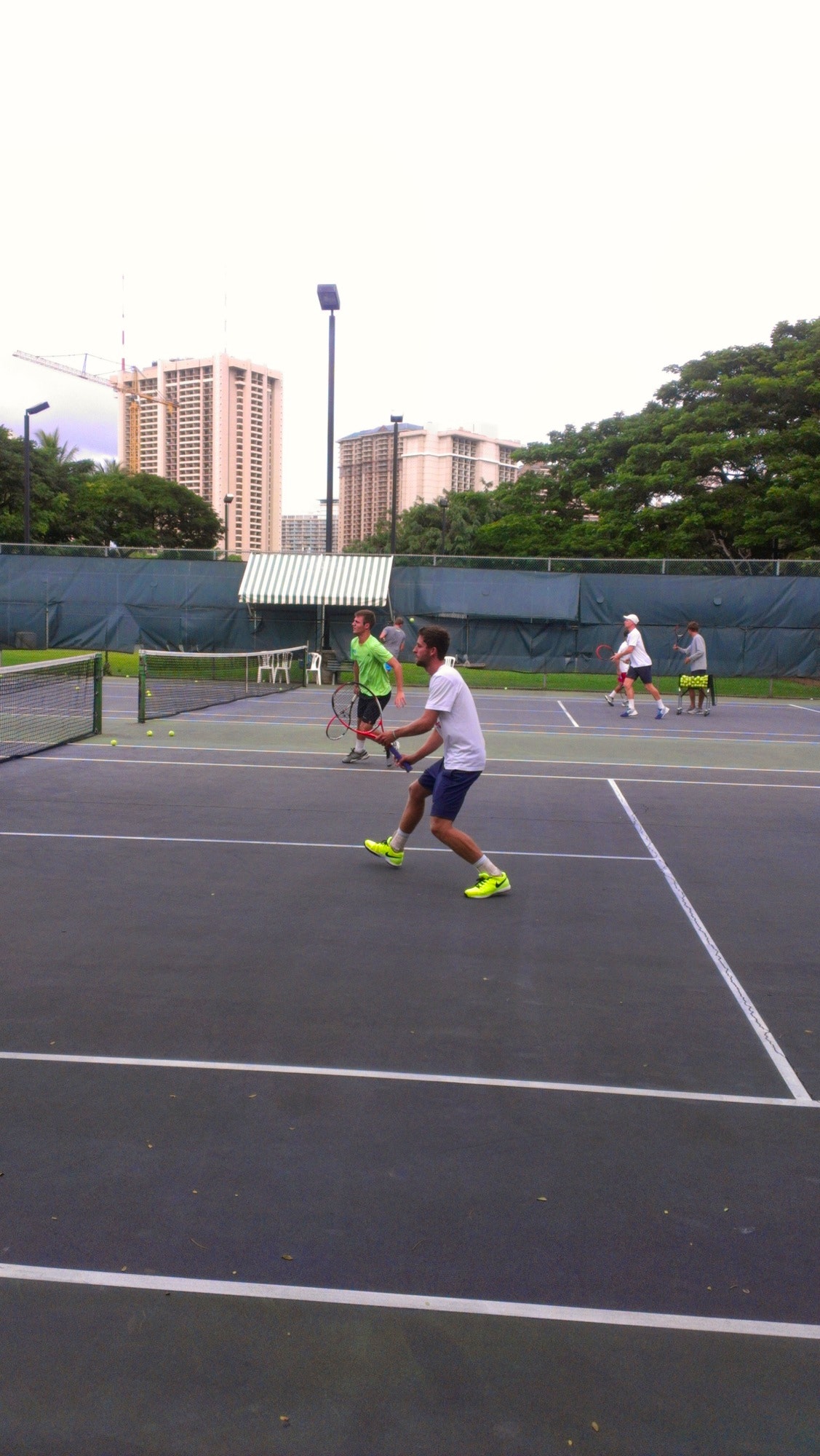 Coach Dennis is such a fantastic coach! Not only is he highly skilled and knowledgeable, but he knows how to tap into a child’s strengths and develop them amazingly. In just a few short lessons, all four of my children, ages 7-11, have grown leaps and bounds in technique, skill, strength, and speed. Most importantly, Coach Dennis emphasizes on having fun and utilizing positive reinforcements! I highly recommend him to anyone!!!

Lovely, fun, intelligent pro. Encouraging. Challenging. Could not have been better!